The other morning I received a phone call from my husband (he was at work) after the usual pleasantries he said, “ oh I spoke to A,” he began, “ …yes they are going to come for iftari this evening” my immediate reaction was how fantastic! The last time we saw A and his wife was Ramadan last year when they came to offer their condolences to us neither of us were great company that day. My second reaction was what do I cook? Followed by a moment of blind panic! My husband being concerned about snacks (Why??? We’re fasting!), decided to take charge of what he felt was important, crisps. However my concern was to cook something which was tasty, and secondly that it was plentiful. There really is nothing worse than opening a fast with a meal which is either unappetising or a meal which is appetising but there is clearly not enough. Having used up some of my squirreled supplies earlier on in the week, it was clear that kaufteh were not going to be on the menu. I knew that risotto was not going to cut it.

Despite going shopping on Sunday and placing random items into my trolley, we hadn’t really been shopping this week so preparing for the equivalent of a dinner party with limited time, ingredients and ability to think would normally have been challenging. Armed with minced beef, 4 chicken drumsticks and rice I began to think of my options. Nothing OTT or labour intensive but it had to be good, really good. I played with a few ideas in my head and after momentarily thinking of some form of chicken in rice (seeing as neither my husband or I like chicken in rice) I quickly dropped the idea. Fortunately the easiest option presented itself; the minced beef became keema and with baby potatoes, the chicken was marinated with yoghurt and spices and then cooked in the marinade along with aubergines and courgettes. The rice was fried and then steamed. I found an almond cake in the freezer. Suddenly it became very easy.

A, his wife and adorable toddler came round we ate, we laughed, we prayed, we enjoyed the company of our guests and we waved them off into the night. Wandering back to the kitchen I began to wonder the prescribed role of the host, religiously, and here lies the answer:

The first week of Ramadan has just passed. Perhaps now would be a good time to remind ourselves of some of the blessings we receive through fasting.

Abu Huraya narrates that the Prophet (pbuh) said:
“In relation to Ramadan my ummah has been given five things never granted to any previous nation:
1. The smell from the fasting person’s mouth is more beloved to Allah(swt) than the fragrance of Musk.
2. Until iftaar the fish in the sea keep seeking forgiveness for the person fasting
3. Allah(swt) decorate Jannah (heaven) every day.
4. The devils are chained up this month
5. The Ummah is forgiven in the last night”

Dates. No matter where you go in the world and it comes to the moment of iftari you can be sure that we (muslims) will open our fasts with dates. Most people know that the prophet (pbuh) would Anas bin Malik narrates that:

Dates are therefore nearly always present at any iftari. In fact, I am ashamed to say, that I have only ever heard, first hand, of one instance in my life where a person had no dates to open his fast with and only water. It makes me realise how fortunate I have been to never have experienced hunger and to never have fasted not knowing what I will have for my iftari. If anything Ramadan for those fortunate to have plenty (and I include myself in this) turns into a daily wish list – soon to be fulfilled- of what we would like to eat that evening.

For some people iftari is about dates and getting a sugar rush, for others it is all about the crunch of fried things, anything golden brown and for others like myself, the moments post iftari are spent in a state of self imposed restraint desperate not to put on weight that I have spent nearly a year losing!

After the first couple of days gobbling caramel super sweet dates after iftari I realised that I could not go on like this after all twenty six days remain. I cannot possibly eat as if I am attending my last feast on earth every day for a month. When each date contains approximately between 112 and 250 calories each depending on which counter you use the calories soon stack up! I have tried to benefit from the fact that it is summer and that there is an abundance of fruit in the shops. Now I try and limit my date in take to two. I plate up small fruits along with the dates so that they are there in front of me once the fast is opened and I have something low calorific to eat and fill me. Only then will I eat my meal. Fruit is really important to a person fasting as it helps to rehydrate the body. Similarly raw vegetables are also really helpful. Cucumbers and celery contain a high water content and mineral balance which means that they hydrate the body while providing low calorie food. All of which assist the weight conscious faster.

I try and shy away from food elements which are laden with things that I just wouldn’t eat on a daily basis. I recently read on a message board about a dish which involved buying date puree with added sugar, frying it in ghee and spread that on toast for sehri. If that recipe had been in my family we would most certainly have added cream after it was fried! I have no doubt in my mind that it would taste delicious but if I eat like that for a month I will have undone my 8 month’s worth of hard work. So for the moment less is more, I tell myself. I try and restrain myself every day which is hard as invariably once the hunger hits in, like everyone all I can think about is food. However the fasting day is about restraint. Yes we don’t eat, but it is for our eyes, our ears and mouths to fast too. Jaabir bin Abdullah used to say:

“When you fast your hearing, sight and tongue should also fast from lies and sins” (Gaaya tul Ihsaan) 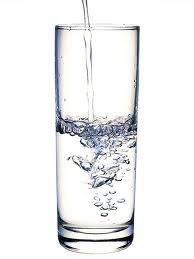 Twice today I was asked about the act of sehri. One question was from my (non muslim) mother in law who when asking what time the fast started went on to very confidently point out that,“ …you wouldn’t really get up at 3am and eat though…” needless to say she was very shocked to hear that YES we do get up and actually have a breakfast! Yes, I am sure we have had this very same conversation with her before!

It is very important for us to remember that time and time again, the prophet (pbuh) taught us, through his actions, to eat sehri. Syeduna Anas narrated that the Prophet (swt) said:

“Perform Sehri for verily there is barakah (blessing) in Sehri” (Muslim, book of Siyaam)

“Perform sehri, even if one sip if water for surely Allah(swt) and His angels send mercy upon those who perform Sehri” (Musnad Ahmad)

With such blessings bestowed upon the fasting person how can we not awake from the depth of sleep for sehri and begin our fast? 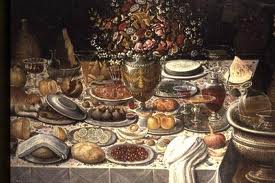 Over the past few weeks I am embarrassed to say that I have begun to watch Man V Food. A program that appears on one of the cooking channels, the presenter essentially wanders around America eating gigantic portions of food, not necessarily for the purpose of the tasting but rather, for sport. The objective is, I guess, Man v Food and man won. Initially, I was in awe of the quantities that he would eat in one sitting. How could one person eat so much for no actual purpose other than to have a tv show? I thought to myself, as I watched another episode and then another. Until finally one day the presenter ate so much that he looked physically sick, stuffing himself further and further until finally he was sick. After that I never watched the program in the same way.

With Ramadan just around the corner it got me thinking to the iftari parties I have been to where people have just done that, they too have had there own moments of man v food. Often at iftari the food has been enough to feed not just the people at that iftari but double, triple or even quadruple the number of people present. Surely the objective of Ramadan is not gorge ourselves to excess for a month. We, as muslims, have not been directed to eat to excess and then to the excess which causes pain. Time and time again, I have read that the Prophet (swt) would eat what was available. It is humbling to read how little there was to eat at times for the Prophet (pbuh), Anas bin Malik narrates:

How many of us can say that we have eaten just dates for iftari? How many of us eat just our normal portion? How many of us have quantified the left over food at iftari in terms of feeding a family poorer than ours. With so many people left with absolutely nothing in Pakistan, Somalia, Kenya, India, Morocco, Algeria, Indonesia and Worldwide would it really hurt us, who are wealthier in every single way, to remove one extravagant dish from our iftari table and replace it with something simple, whilst sending that money that we save over to our brothers and sisters who are truly dire need, to benefit them in the present and us in the hereafter.

“Have you seen him who belies the rewards and punishments of the Hereafter? He it is who drives away the orphan and does not urge giving away the food of the poor.”

A good charity that is committed to a 100% donations poicy and one I feel will spend the money wisely is the Ummah Welfare Trust, details below inshallah :-